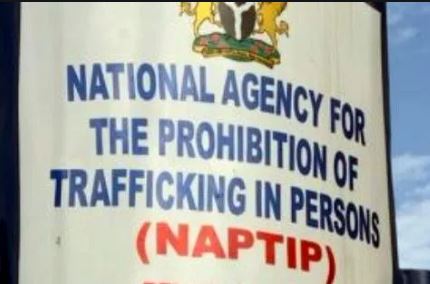 The National Agency for the Prohibition of Trafficking in Person (NAPTIP) has lamented the rising cases of rape, seeking quick trial of cases in court. The Director General of the agency, Dr Julie Okah-Donli said the agency had reported 58 cases of sexual abuse and rescued 54 victims while 29 suspects were facing charges in court. She spoke during a webinar organised by The Probono National Clearinghouse with the theme, “Access to Justice: Rights, Legal Safeguards and Reparation for Survivors of Sexual and Gender Based Violence in Nigeria.


The NAPTIP boss added that slow trial and lack of interest on the part of the law enforcement agencies had in most cases led to frustration with victims withdrawing their complaints. Okah-Donli said, “There are so many shortcomings because of stigmatisation; people blame the survivors instead of the offenders. We need speedy trial; we want a situation where victims give testimony immediately and are freed of having to come to give repeated testimonies. I believe the testimonies and medical report should suffice. I don’t think we need forensic evidence because we are not there in technology yet. We should not be too stringent or else we will never convict anyone.”

The moderator of the webinar and National Director of Women Empowerment and Legal Aid, Mrs. Funmi Falana, tasked states to domesticate the Violence Against Persons Prohibition Act, 2015, enacted by the Federal Capital Territory. She noted that only Lagos, Anambra, Oyo and Ebonyi had domesticated the Act while other states were lagging behind. “Rape is a case between the states and the offenders. We want to implore other states to domesticate the law and to provide for reparation, compensation and restitution for survivors,” she said. Falana also warned against employing under-aged as house helps, saying offenders were liable to three years imprisonment.

At the event, the Desk Officer for the FCT Response Team, Mrs. Jacinta Ike, said 105 cases bordering on rape, defilement and domestic violence were reported between March 23 and May 29 during the coronavirus lockdown. She lamented that only one conviction had been secured since 2017 due to slow trial and frustration of the prosecution. “Most times police prosecutors don’t g o to crime scenes, they demand money from victims’ families to go to scenes. There are also no referral centres in the FCT where victims can access head to toe check. Victims are mostly from indigent families that have been struggling to pay for transportation to attend court cases. The situation is worse in Area Councils where there are no trained police personnel to handle cases,” she said.