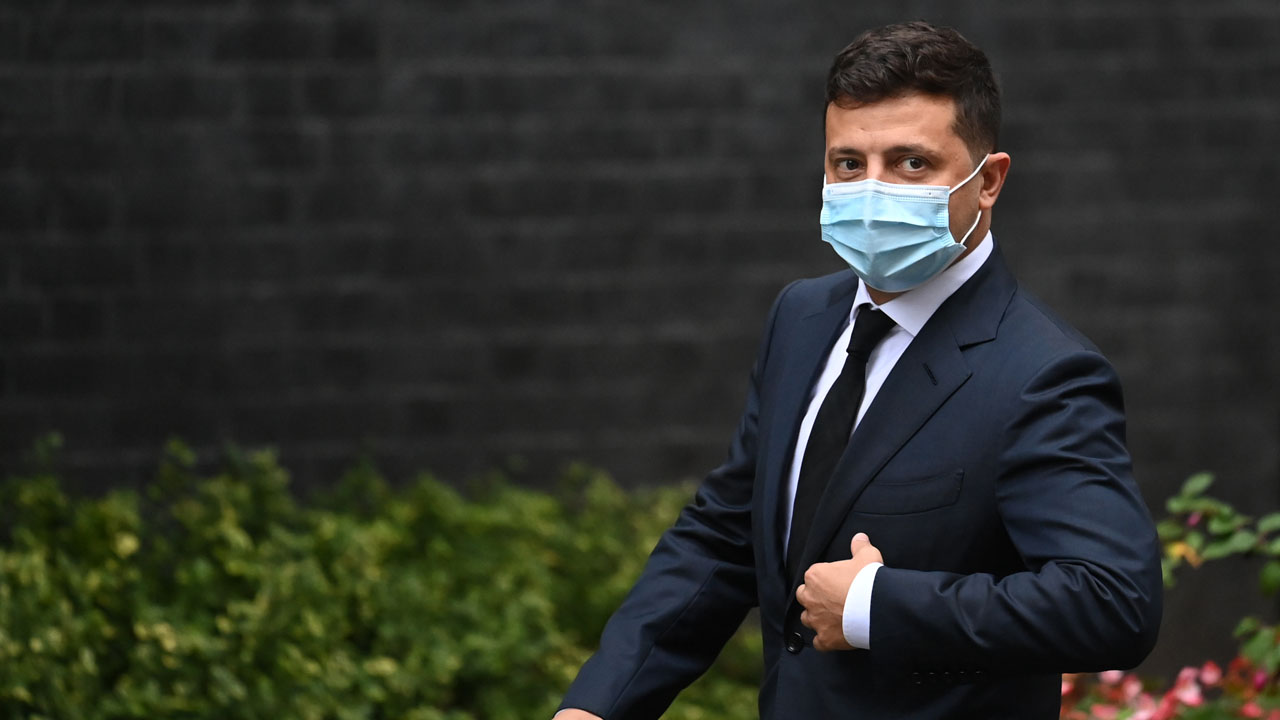 (FILES) In this file photo taken on October 8, 2020 President of Ukraine Volodymyr Zelensky wears a facemask as he arrives to meet with Britain’s Prime Minister Boris Johnson at number 10 Downing Street, in central London. – Ukrainian President Volodymyr Zelensky said on November 23, 2020 he had recovered from Covid-19 and urged Ukrainians to observe virus measures as infections in the country spike. (Photo by DANIEL LEAL-OLIVAS / AFP)

Ukrainian President Volodymyr Zelensky said Monday he had recovered from Covid-19 and urged Ukrainians to observe virus measures as infections in the country spike.

In a video published on his Facebook page, the smiling president said that he had returned to working from his office.

“I have finally tested negative for coronavirus,” Zelensky said, two weeks after his first positive test was announced.

The 42-year-old, who experienced mild symptoms of the disease, first self-isolated at home and then in a government clinic, according to his spokeswoman.

“We must understand the new risks and take care of ourselves as much as possible,” Zelensky said.

He called on Ukrainians to wear face coverings and adhere to self-isolation and social distancing measures.

Several ministers, as well as the head of the presidential administration, also contracted the coronavirus in recent weeks.

Tens of thousands of new cases are reported daily in the post-Soviet country of 40 million people.

Ukraine is “on the brink of disaster”, Health Minister Maksym Stepanov said in early November, warning that “the worst is yet to come”.

One of Europe’s poorest countries with an underfunded healthcare system, Ukraine is experiencing a shortage of hospital beds and medical staff.

Several charities reported a lack of oxygen supplies for critically ill patients. They also accused the government of not preparing the country for the outbreak this fall and instead allocating Covid-19 funds towards rebuilding roads.

By mid-November the government shuttered all non-essential businesses during the weekends, including restaurants, shopping malls and gyms, sparking protests and pleas from businesses to let them continue to operate.